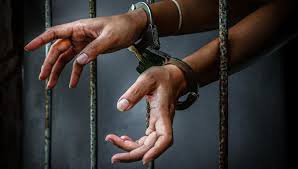 Women are thought to be the preservers of norms but for a decade, many women are involved in a violation of laws and committing crimes across the world. India is no exception to this. Female criminality in India has also increased considerably. There could be several factors involved for such an increase, some of which would be discussed briefly hereinafter. The evolving role, move-in occupation, and status, the idea of women liberation, financial freedom, and political autonomy opens the passage for ladies to participate in different activities, and thus the exposure to crimes is more than in past.[1] The nature of crimes committed by women is not only petty crimes and they are involved in a lot of non-traditional and serious crimes as well, which also would be discussed in this article. The crimes amongst women have increased with the changing times but the law has still remained the same as it was in the olden days. Thus, the law also needs to be made fewer women protective and more gender-neutral.

A lot of economic, political, social, biological, and psychological factors affect women's criminality. A few of them are briefly explained as under-

NATURE OF CRIMES COMMITTED BY WOMEN

Traditionally, the crimes committed by women were limited to petty crimes and crimes such as shoplifting, prostitution, etc. Now, women are engaged in all kinds of crimes such as-

These are only some examples of the crimes committed by women in recent times. Now their involvement in smuggling, white-collar crimes and even terrorism has come to stay as a big poser.[8]

NEED FOR A NEW APPROACH TO PREVENT FEMALE CRIMINALITY

An imperative to make effective procedures towards the consideration, treatment, and restoration of female offenders is incredible and for this researches and publications identified with female wrongdoing ought to be promptly received by the strategy creators, the scholastic circle, and the public throughout the world. Women are valuable for humanity, for country building and for the perpetuation of civilization and so every individual must contribute to their development and prosperity by expelling all the hindrances in the way of their advancement.

Crime and criminal both have lived in society since time immemorial. However, until recently the commission of those crimes was limited to only men. In traditional society, female criminality was seen as a unique matter to society. The scenario has changed for a few decades. The rising female criminality nowadays is viewed by many as the reaction, the retaliation, the ultimate method of self-preservation. The impact of female criminality can be seen on the individual, on the family, and on the society at large. Hence, more research needs to be done on this topic and laws should also be amended accordingly.

Disclaimer: The article is an original submission of the Author. Niti Manthan does not hold any liability arising out of this article. Kindly refer to our terms of use or write to us in case of any concerns.

[1] Rani Bilmoria, 'The Pattern And Nature Of Female Criminality In India' [1981] Indian Journal of Social Work.