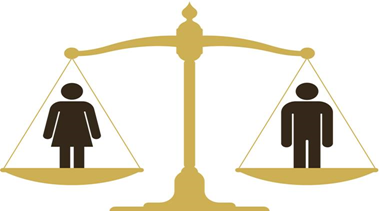 Overview: GENDER NEUTRALITY IN LAWS – HUMAN IS NOT LIMITED

Profile of the Author: – Bhagyashree Chauhan is pursuing her final year in BBA.LLB from Symbiosis Law University, Hyderabad. Her primary areas of interest are Constitutional Law and Socio-Legal issues.

While the Indian Penal Code expands the notion of rape that included non-penile-vaginal penetration offences, the meaning tends to adhere to a gender-specific notion of rape focused on the abuser-perpetrator system's predetermined gender-dependent representation. Here, I will chastise this understanding of gender specificity in Indian rape law on the basis that this really facilitates a stereotypical conception of gender, and lead to serious discrimination. Instead, it is more reasonable to follow a human rights-based approach when defining the act of rape or to eradicate the gender differences in identifying perpetrators and victims of sexual assaults. The Declaration is focused on the duty of the State not to discriminate based on sex, the acceptance of LGBTQ rights as well as the recognition of common grounds in the promotion of gender neutrality in Indian rape law.

Although the meaning of the word under Section 375 of the Indian Penal Code 1860 has been modified multiple times, somehow it fits with the common conception of rape in which the victims and perpetrators are both women and men.[i] It is also said that we are living in a patriarchal dominance society. However, when it comes to legislation in India, do we even have policies that benefit men at all?

It does not only assume women’s rights when we read about gender equality, it implies gender equality for everything that includes men. Cases of violence against women are always heard, be it sexual harassment, domestic violence, dowry cases, etc. Crimes against men in India, however, are not so frequently cited or even discussed.[ii]

We have all kinds of rules, such as rape, sexual harassment in the workplace, domestic violence, dowry cases, etc., for crimes against women, and we speak out against these crimes against women. We fail to recognize and accept, on the other hand, that even men could be victims of sexual assault, domestic violence, etc., and if we still preach about equality, is there any equality? This can be demonstrated by an example of even an entire coach reserved for women in the Delhi Metro.

However, if a man sits on the seat in the specific coach designated for women, then he is made to get up from that seat completely ignoring the fact that the man might just need to sit. Anytime oppression is done towards women, we lift our voice, so why don't we do the same when a man is the victim?

Sections 354A to 354D and 375 of the Indian Penal Code 1860 specifically state that, as mentioned in the above sections, even a woman may be the victim of the offences and the perpetrator will be a male[iii]. The Domestic Violence Prevention Act 2005 itself states that it is an act that favors women who have reportedly been subjected to domestic violence.[iv] The lack of empirical evidence in favor of sexual assault is by far the most significant contention provided in support of gender-specific rape laws. This argument is very flawed. Simply less documentation of such instances is the explanation behind its absence of actual data.[v] This does not eliminate the likelihood of such events occurring.[vi] The key reasons for less reporting of such cases are:

It is argued that patriarchal social construction restricts men from filing lawsuits about sexual harassment when a woman is the offender. This stigma is often referred to as hegemonic masculinity, which has three features: males are not feminine, physically violent and not heterosexual. This characterization contributes to the development of an unsubstantiated impression in which he would be made female if a male sexual victim were to disclose his case.[vii]

No laws to punish suspects for male rape

The pervasive gender-specific existence of Indian rape laws has prevented men from filing cases because they do not find any laws that penalize male-rape convicts. While the POCSO Act, 2012 is gender-neutral in cases of sexual harassment of girls, adult male culture still hopes for gender-neutral legislation on rape.[viii]

In rape laws, gender neutrality does not aim at totally desexualizing rape. Instead, it aims to expand the coverage of victims of rape. It seeks to remove the conventional definition of the male-female stereotype connected to rape. It is strongly accepted that the introduction of gender-neutral laws on rape would not be a piece of old tacky and that it should bear in mind the patriarchal nature of Indian society, granting men unfair powers to use it against women. However, this should not be a justification for limiting the implementation of legislation on gender-neutral abuse, since it would deprive the male community of their fundamental human rights.[ix]

As much as a genderless 'law of the land' seems to be a fantasy, its pragmatism should be examined at, like other laws. Total 'gender neutrality' and 'equality' are nothing but synonyms, given what is seen on the face of it. There, in fact, anything but we still have to ask ourselves, "This law is important, but is it workable?”. Not only for us, but also for all those parts of society on which it is bound to have an impact. For the true meaning of the law is not to make our country sound revolutionary, but to be able to be used by the people of this land.

Q. What is gender neutrality?

Ans. The idea of a social culture to be non-biased in behavioral aspects in terms of social as well as legal norms which sees all humans to be privileged of equal rights and status.