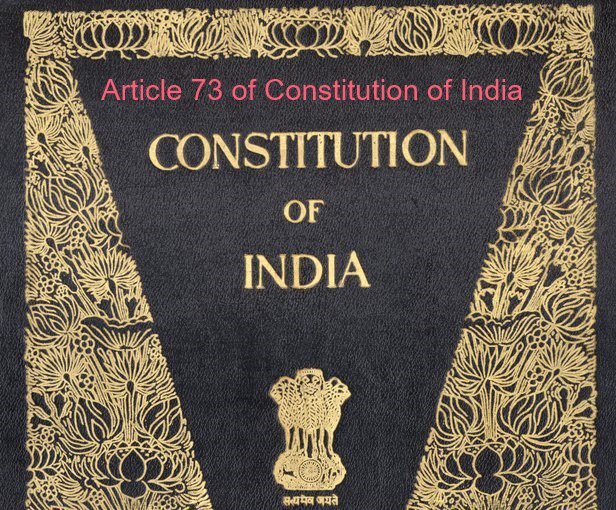 India, being a federal country, there exist a division of power between the central and state governments, which has its pros, and cons. The executive power of the Union is vested in President[i], pertaining to the Constitution of India. Before exploring the nature and extent, it is important to know what constitutes executive and what exactly the executive powers are. Under Constitution of India, executive is divided into Union Executive enumerated in Part V Article 72 to 78 and State Executive, enumerated in Part VI Article 153 to 167.

The true meaning of the term “executive functions” has not been defined in the Constitution since they are ‘residue of the function’ after legislative and judicial functions have been taken away. In literal sense, it means execution of law; in addition to that it connotes “maintenance of public order, the management of Crown property and nationalized industries and services, the direction of foreign policy, the conduct of military operations, and the provision or supervision of such services as education, public health, transport, and state assistance and insurance".[ii] The vagueness of the definition creates conundrum about what extent of executive power can be exercised by Union. However, Article 73 act as shell and helps to conceptualize the scope of executive power.

Article 73 is about Extent of executive power of Union. It states that

“(1) Subject to the provisions of this Constitution, the executive power of the Union shall extend-

a) to the matters with respect to which Parliament has power to make laws; and

b) to the exercise of such rights, authority and jurisdiction as are exercisable by the Government of India by virtue of any treaty or agreement:

Provided that the executive power referred to in sub-clause (a) shall not, save as expressly provided in this Constitution or in any law made by Parliament, extend in any State to matters with respect to which the Legislature of the State has also power to make laws.

(2) Until otherwise provided by Parliament, a State and any officer or authority of a State may, notwithstanding anything in this article, continue to exercise in matters with respect to which Parliament has power to make laws for that State such executive power or functions as the State or officer or authority thereof could exercise immediately before the commencement of this Constitution.”

The first clause implies that the executive power is competent on matters on which Union legislature has competence.[iii] Sub-clause (b) thereof provides that it extend ‘to the exercise of such rights, authority and jurisdiction as are exercisable by the government of India by virtue of any treaty or agreement’. True, this necessarily depicts that matters on which Parliament has no power to make laws are also matters on which the Union government cannot exercise its executive powers. However, does that mean there must be Parliamentary law before the Union government can exercise its power? No, it is not necessarily true, this is reductio ad absurdum[iv]. Executive can make rules irrespective of the absence of law as held in Rai Sahib Ram Jawaya Kapur and Ors. v. The State of Punjab.[v]

CONCERNS TO BE ADDRESSED

Referring to sub-clause (b) of Article 73(1), the executive power of Union extends to exercising rights pertaining to any treaty or agreement as it is exercisable by the Government of India. If read with entry 14 of List I of Schedule VII of Constitution of India, treaty-making is an inherent power of Union, since there are no legislative Acts for the same, executive can discharge any policies without legislative sanctions?[vi]

It can be said that Parliament is competent to make law regarding treaty-making but all the powers are exclusively given to the executive, why? By the virtue of Article 73, executive power extends to Union, even in the absence of law that means power to accept or reject treaties or agreement is left with the executive. Clearly, there has not been any law made by Parliament which regulates the manner of ratifying or signing the treaty. Hence, the power to discharge and the manner in which the treaty is adopted is also left with Executive. The Government entering into treaty without consulting to Parliament, doesn’t mean taking advantage of Article 73?

Hence, it is matter of concern as these policies and treaties have such serious repercussion on the lives of the citizens of the country that neither Parliament nor the people of the country were taken into confidence. It is therefore, essential to control the power of Executive in the subject of treaties and agreement.

Therefore, Article 73 does give power to the Union but restrict to use it according to their whims and fancies. The prime responsibility of the executive is to implement the law and transmission of policy into law. The executive function includes both determination of the policy as well as carrying it into execution. Hence, it plays an important role as even without legislation, executive need to function though temporarily.

No, Article 73 signifies the extent up to which executive power of the Union can be exercised. It supplements to the legislative power of the union and of the state, as in the absence of any law also it exercises its function. It can issue temporary guidelines, notification or any such notice on such subject matter, which is outside the radar of legislation. Later it can even become law.

Article 245 empowers the Parliament and Legislature of State to make laws, depending on the geographical aspect. Article 245 does not talk about the subject matter, whereas Article 73 empowers state to make laws with respect to concurrent list, unless expressly provided otherwise by any law.

[iv] Reduction to absurdity, means characterizing an opposing argument in such a way that is it seems to be ridiculous or the consequence of the position seem ridiculous