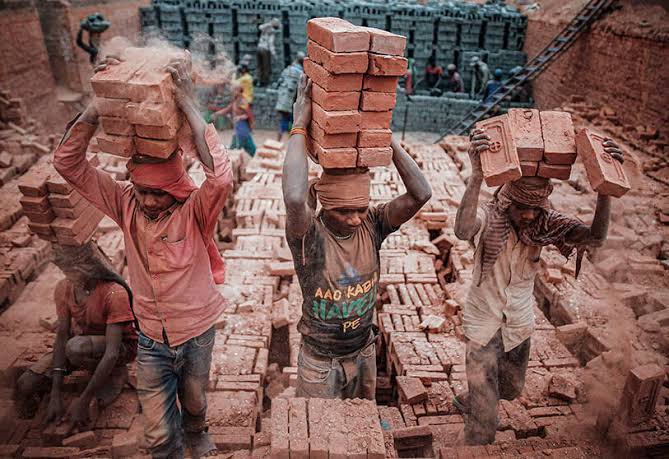 THE CODE ON SOCIAL SECURITY AND INFORMAL SECTOR IN INDIA

A book named, “Estimating Informal Employment & Poverty in India” by Prof. N.S. Sastry published by UNDP India, “79 per cent of total jobs in Urban India were of an informal nature, with 82 per cent of total female workers engaged in informal employment compared to 78 per cent among urban male workers. The gender differential in the informal sector was less pronounced in urban non-agricultural economic activities that afforded better opportunities for formal jobs”.

The informal sector mostly comprises of the untaxed but one of the most significant portions of the economy which mainly includes daily wage labourers, street vendors, domestic tutors, manufacturers of things like “bidi” or “papad” by housewives. These works are not included in the country’s GDP or GNP but are important for the country’s growth indirectly as it saves billions of people from unemployment though at a very less wage. Being such a major part of the employment scenario in our country it is very important to be regulated properly by the Government so to enhance employment. The Code of Social Security provides important regulatory norms to these workers and employers of the informal sector of India. In India social security was provided to the employees for the first time in 1925 when Government introduced the Provident Fund Act though it was too late than the other countries to enact any such employees regulatory act.

As the years are passing new bills are being introduced by the Parliament. The Social Security Code 2020 has brought 5 major- 1. Insurance, PF, life cover for unorganized sector employees, 2. Maternity Benefit, 3. Benefits for Gig workers, 4. Corporatization of EPFO and ESIC, 5. Existing labour laws that the code will merge- it comprises nine regulations relating to social security, retirement and employee benefits, such as 1. The Employees Compensation Act, 1923, 2. The Employees State Insurance Act, 1948, 3. The Employees Provident Fund and Miscellaneous Provisions Act, 1952, 4. The Employees Exchange (Compulsory Notification of Vacancies) Act, 1959, 5. The Maternity Benefit Act, 1961, 6. The Payment of Gratuity Act, 1972, 7. The Cine Workers Welfare Fund Act, 1981, 8. The Building and Other Construction Workers Cess Act, 1996, and 9. The Unorganized Workers’ Social Security Act, 2008).

The existing model of social security for the informal sector or informal economy is universal schemes based on citizenship. The social security provided to workers are- protection and social assistance, health and maternity needs, life, old age. There is a mix of legislation backed and schemes made by both the central and state Government, welfare funds are made by them and Government assistance programmes. There are some NGO based schemes also like SEWA, ACCORD. The coverage of these schemes is only 21 million in the unorganized sector, i.e., 6% of the sector.

Apart from all these if we talk about the scenario of the real world, we can see a major portion of the informal sector consists of a domestic worker. The domestic workers do not have any kind of securities like they don’t even have any job security. A common scenario of every next-door during this lockdown was, they have told their domestic help not to come for work during that period due to the fear of the spread of coronavirus but later on they were refused to pay their wage. Here they were told not to come to work by the employers themselves, it was not the workers who were absent or something so it is the right of the domestic workers to be paid. As the workers don’t have any union so their voice is never heard by anyone, if they try to raise their voice against this injustice, they are laid off their job. Many times we see that this same thing happens when the owner of the house goes out for the long holiday and when they come back they refuse to pay the wage but here it is not the liability of the worker, they should be paid as the employers themselves has given this holiday, there is not even a single day off like any other job has off-day on Sundays; hence it is apparent how there is no social security of these domestic helpers. We can see a similar kind of situation prevailing for the daily wage labourers or housewives who make ‘bidi’, ‘papad’ at home or the street vendors as none of them have any kind of job security or a fixed pay scale. Even we can see the women working as daily wage labourers in construction sites or mines or in similar kind of places usually get paid less than the men working there, giving similar physical labour.

Even if the Government are making schemes for the informal sector, those are not implemented in the way they should be. Some of the major reasons are- they are uneducated, they are unorganized, they do not have any unions, they do not have any monetary power, they are not backed by any politically powerful person and most importantly they are unaware of their rights. Society is getting developed and the people associated with this informal sector consists a major part of that, hence they need to be made aware of their rights and they have to fight against their fear and need to come together to end this discrimination that still prevails and they have to end their sufferings by themselves. So, it the duty of the educated youths and others who have proper knowledge of their rights to educate them with that but at last the workers themselves need to raise their voice. Afterall, we will be served with what we will ask for.