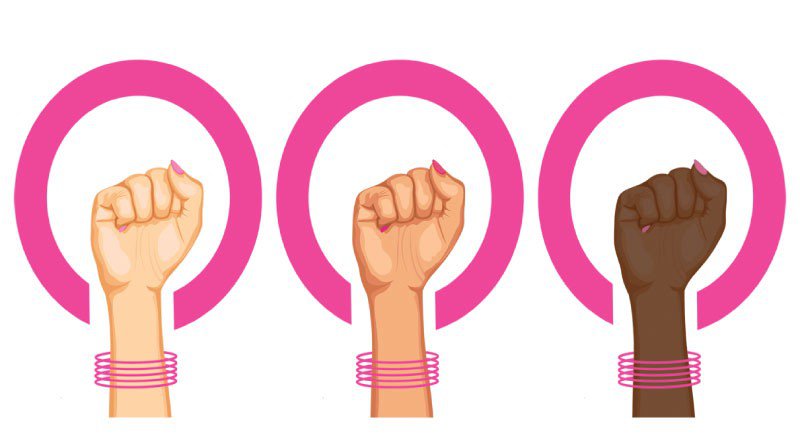 Inequalities between men and women and discrimination against women have also been age-old issues all over the world. Thus, women’s quest for equality with man is a universal phenomenon. What exists for men is demanded by women?

They have demanded equality with men in matters of education, employment, inheritance, marriage, politics and recently in the field of religion also to serve as cleric (in Hinduism and Islam). Women want to have for themselves the same strategies of change which menfolk have had over the centuries such as equal pay for equal work. Their quest for equality has given birth to the formation of many women’s associations and launching of movements.

The position and status of women all over the world has risen incredibly in the 20th century. We find that it has been very low in 18th and 19th centuries in India and elsewhere when they were treated like ‘objects’ that can be bought and sold. For a long time, women in India remained within the four walls of their household. Their dependence on menfolk was total.

A long struggle going back over a century has brought women the property rights, voting rights, an equality in civil rights before the law in matters of marriage and employment (in India women had not to struggle for voting rights as we find in other countries).

In addition to the above rights, in India, the customs of purdah (veil system), female infanticide, child marriage, sati system (self-immolation by the women with their husbands), dowry system and the state of permanent widowhood were either totally removed or checked to an appreciable extent after independence through legislative measures.

Anything that makes a woman feel inferior and takes away her self-respect is abuse. Compulsory Registration of Marriage Act can be beneficial in preventing the abuse of insti­tution of marriage and hindering social justice especially in relation to women.

It would help the innumerable women in the country who get abandoned by their husbands and have no means of proving their marital status. It would also help check child marriages, bigamy, and polygamy, enable women to seek maintenance and custody of their children and widows can claim inheritance rights. The Act is applicable on all women irrespective of caste, creed, or religion. It would truly empower Indian women to exercise their rights.

To what extent legislative measures have been able to raise the status of women in India? Are women now feel empowered in the sense that they are being equally treated by men in all spheres of life and are able to express one’s true feminine urges and energies? These are the important questions to be investigated with regard to women’s empowerment in India.

The Status in Ancient India

The problem of Gender Gaps

[4]To look at all areas of gendered life and inequality is beyond the scope of this piece. Therefore, I will discuss arguments that have been put forward that argue a case for the continuing existence of international gendered power relations in a number of specific areas: initially, education and violence. These arguments suggest that gendered inequality is visible in both public and private spheres, especially the economic, political, and social aspects, and provide evidence across some of the most pressing examples of gendered inequalities. The validity of the arguments that gender inequalities are still entrenched and persist over time, place, and culture will initially be compared to alternative claims that gendered power relations, and thus inequalities, are gradually being eroded. Moreover, given the current academic focus on the concept of intersectionality, that is, how the variables of class, sexuality, race, and ethnicity, for example, intersect in relation to people’s gendered experiences, this concept is included in discussion here. The case study of women’s global activism will provide a framework to further discuss these issues and take up some of the questions that have been raised.

Women in MENA [ Middle East and North African countries] are twice as likely to be illiterate as men are and makeup two-thirds of the region's illiterate adults.

The gender gaps in education vary greatly across countries in the region but are generally wider in countries where overall literacy and school enrollment are lower.

In Yemen, for example, the illiteracy rate among young women (54 percent) is triple that of young men (17 percent). But countries that make political and financial commitments to reducing illiteracy, as Jordan and Tunisia have, generally see significant improvements in reducing illiteracy and narrowing the gender gaps in literacy and school enrollment generally persist regardless of rural or urban location. Gender gaps in school enrollment are especially wide in Egypt, Iraq, Turkey, and Yemen. Closing gender gaps in education would benefit countries' economies. One study estimated that the region's average annual growth in per capita gross national product would have been nearly a full percentage point higher between 1960 and 1992 if MENA's gender gap in education had shrunk as quickly as East Asia's did.

[5]Cultural and Economic Factors That Reinforce the Gender Gap

MENA countries generally have lower levels of women's education and labor force participation than other regions with similar income levels. The interaction between the region's economic structure and its conservative culture, in which traditional gender roles are strongly enforced, is largely responsible.

Men in the MENA region are more likely to have direct access to wage employment and control over wealth, while women are largely economically dependent upon male family members.

The region's oil-based economy, which produced tremendous wealth in some MENA countries, reinforces the region's gender roles. In a number of MENA countries, the use of capital-intensive technologies that require few workers, along with relatively high wages for men, have precluded women's greater involvement in the labor force.

Women's employment options have been limited to a small number of socially acceptable occupations and professions, such as teaching and medicine. In the Gulf states, jobs not considered appropriate for MENA women, such as waitressing, are often filled by imported female laborers from South and East Asia.

Why is there a need for action?

“We were mostly busy doing household activities before… we now can travel outside of the village alone, [earn an income] in our family, and participate in decisions related to our children’s education.”

“It is more important to create a general awareness’ and understanding of the problems of women’s employment in all the top policy and decision making and executive personnel. There is also the special problem facing women like the preference for male children for social and cultural reasons. This will require awareness, understanding and action. The best way to do so is to educate the children, orient the teachers, examine the textbooks and teaching-aids and ensure that the next generation grows up with new thinking.”