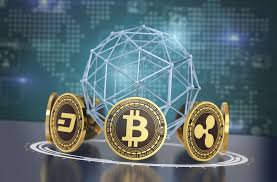 A cryptocurrency is a virtual currency that is secured by cryptography, which makes it nearly impossible to counterfeit or double-spend. A notable feature of cryptocurrencies is that they are generally not discharged by any central authority like a central bank of the country, rendering them theoretically immune to government involvement or manipulation.

In short, a cryptocurrency is a new form of virtual asset based on a network that is distributed across a large number of computers. There exists a decentralized structure that permits them to exist outside the control of governments and central authorities. Blockchains which are organizational methods for confirming the integrity of transactional data are an essential component of many cryptocurrencies.

Cryptocurrencies have both pros and cons. They have been praised for their transparency, portability, and inflation resistance. However, it has been condemned for several reasons some of which are their use for illegal activities, exchange rate volatility, and vulnerabilities of the infrastructure underlying them.

The Budget session of Parliament is expected to look at a bill that bans all private cryptocurrencies in India and provides for an official digital currency to be issued by the Reserve Bank of India (Central Authority). The Cryptocurrency and Regulation of Official Digital Currency Bill, 2021 is aimed to create a facilitative shell for an official digital currency issued by the central bank of India to prohibit all private cryptocurrencies in India. But some certain exceptions will be permitted to promote the underlying technology of cryptocurrency and its uses.

Cryptocurrency came out as a person-to-person electronic cash system that allows online payments to be sent directly from one party to another, without the need of a financial authority.

In normal currencies, a central authority like the central bank issues currency that all parties are legally bound to accept as a mode of payment and have a legal tender.  Most cryptocurrencies are not backed by a sovereign guarantee and therefore are not observed as legal tender.

To gain a status of legal tender, transaction data is usually maintained centrally with financial institutions like banks.  On the other hand, cryptocurrency transactions are recorded and visible to all users on the network. Cryptocurrencies are used for payment if the receiver tends to accept them.  As their values fluctuate to other currencies such as the US Dollar so trading is possible.

Over the years, several vulnerable risks related to cryptocurrencies have shown up like their usage for illicit activities and lack of consumer protection.  Nations have adopted different rules and regulations to control cryptocurrencies.  Several countries namely Japan, Canada, Switzerland regulate cryptocurrencies under their anti-money laundering statutes.

In the years 2013 and 2017, the Reserve Bank of India (RBI) and the Ministry of Finance gave several advisories against the potential financial, customer protection, and security risks relating to cryptocurrencies.

In April 2018, RBI prohibited entities regulated by it from dealing in or providing services for dealing with virtual currencies. After this, an Inter-Ministerial Committee (IMC), constituted by the Ministry of Finance, was set up to study the issues related to virtual currencies which highlighted several risks associated with cryptocurrencies such as high fluctuations in price and prone to money laundering. It recommended that all cryptocurrencies be banned in India, except those issued by the government.  It also recommended a draft Bill titled 'Banning of Cryptocurrency & Regulation of Official Digital Currency Bill, 2019, to ban cryptocurrencies in the nation and provide for an official digital currency.

Later, The Supreme Court in 2020, set aside April 6, 2018, circular of the Reserve Bank of India (RBI) that prohibited banks and entities regulated by it from providing services about virtual currencies.

The Apex court stated the RBI circular “disproportionate” with an otherwise consistent stand taken by the central bank that VCs were not prohibited in the country.

Also, the court touched upon the Centre’s failure to introduce an official digital rupee despite draft Bills and the formation of several committees.

The court affirmed that RBI has not come out with a stand that any of the entities regulated by it namely, nationalized banks or any kind of commercial banks or Non-Banking Financial Institutions, have suffered any loss or have an adverse effect in any way, on account of virtual currencies.

Hence, this Crypto Bill intends to ban "private" cryptocurrencies in India with certain exceptions to promote the underlying technology of cryptocurrency and provide a framework for creating an official digital currency, the central bank digital currency to be provided by the Reserve Bank of India ("RBI").

The RBI issued a notice on April 6, 2018, directing the banks or financial institutions under the RBI not to trade in virtual currencies or provide any services for facilitating any person or entity dealing with or settling virtual currencies, and many banks suspended the current account operations of cryptocurrency platforms which effectively disabled crypto trading. The RBI notice was subsequently revoked by the Supreme Court of India in March 2020 by concluding that the RBI has been conferred with wide powers in the economy of the country, but the measures taken by the RBI for issuance of the notice were not consistent and therefore violative of Article 19(1)(g) of the Constitution of India.

The word "private" cryptocurrencies used in the Lok Sabha discussion has piled up criticism and debate due to the ambiguous nature of the expression as also the underlying impacts associated with it. Currently, as the draft of this Bill is not available for the public, it is being asserted that the government's definition of this term could mean that any digital currency that is not sovereign could be seen as a "private" currency. This definition of "private" could also forbid the two most in-demand cryptocurrencies: Bitcoin and Ethereum. Also, the Government has been mulling over the fate of cryptocurrencies for many years and has brought out several advisories through the RBI cautioning investors against risks of virtual currencies, this decision to prohibit "private" cryptocurrencies is being seen by some experts as being hurried without any consultation with the intended stakeholders and putting India back by several years.

Further adding to the uncertainty, the Bulletin further stated even though the bill is anti-private cryptocurrencies so that means it will allow certain exclusions to promote the underlying technology of cryptocurrency and its uses.

The lack of legal order of virtual currencies under Indian laws has caused much confusion in the past and has kept many serious investors and financial institutions away from cryptocurrency and it is expected that the introduction of the Cryptocurrency Bill will bring finality to its legal status. It was among the minds of investors that instead of complete prohibition on cryptocurrencies it is being suggested that the Government could have instead regulated the trading of cryptocurrencies by bringing supporting regulations including strict KYC norms, reporting, and taxability.

RATIONALE FOR THE DRAFT BILL

In mostly all countries, money is issued by government authority and holds legal tender.  Also, there is a government-managed centralized system of transactions and keeping track of money flow.

Cryptocurrencies differ from the normal currency system in various ways:

Cryptocurrencies pose risks to consumers.  They do not have any sovereign assurance and hence are not legal tender.

Cryptocurrency has speculative nature which makes them highly volatile. Their Price can fluctuate from day to day just like shares listed on the Capital Market.

A user can lose access to their cryptocurrency if they lose or forget their private key (unlike traditional digital banking accounts, this password cannot be reset).

These private keys are stored by technical service providers which are the cryptocurrency exchanges or wallets, which are highly vulnerable to malware or hacking.

Any form of criminal activity is prone to take place in transactions relating to cryptocurrency.  They provide significant anonymity than other payment methods since the public keys engaging in a transaction cannot be directly connected to an individual.

A central authority cannot manage the supply of cryptocurrencies in the economy so this poses a risk to the economic stability of the country if their use becomes extensive.

Q1) What is a cryptocurrency?

Q2) Is there any official cryptocurrency/virtual currency in India?

Ans) No, currently none.

Q3) Is there any law currently governing cryptocurrency in India?

Ans) Currently, none. There is a bill proposed called The Cryptocurrency and Regulation of Official Digital Currency Bill, 2021 which is being debated in the parliament.