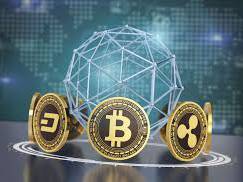 Cryptocurrency has emerged as a mode of payment that allows online payments to be sent directly from one party to another without the need for central financial authority. The proposed bill namely, Cryptocurrency And Regulation Of Official Digital Currency Bill, 2021, intends to ban the use of cryptocurrency as a legal tender or currency with certain exceptions to promote the underlying technology of cryptocurrency and provide a framework for creating an official digital currency, this official digital currency should be issued by the Central Bank i.e. Reserve Bank of India (RBI). RBI had issued a notice earlier directing entities not to involve in transactions relating to such virtual currency and also banks had disabled crypto trading. Later, the apex court had set aside the circular by giving reasons of being not proportionate and hence violative of Article 19(1)(g) of the Constitution of India.

As per the Government, it is now planning to fast-track the proposed ban by getting this bill in force. If the proposed Crypto Bill becomes law, India will officially ban private cryptocurrencies rather than managing them like corporate stocks.

This unanticipated step by the Government led to a plethora of suggestions and comments of innumerable stakeholders at the national and international levels thus dampening prospective investment goals.

The author attempts to explore the overview of the proposed bill whose fate will decide by the government and the implications of such a bill on future investors.