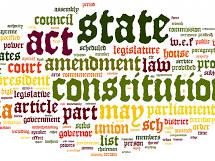 UNDERSTANDING THE CONCEPT OF DOCTRINE OF PLEASURE IN SERVICE MATTERS

India witness this regime of Crown pleasure office till 1947 but however, this concept during the Colonial times, was turned into the “Doctrine of Pleasure” by the Privy Council. This doctrine which was considered unjust during the colonial period was later adopted by the Indian Law Makers and is enshrined in the Indian Constitution. This article encompasses the entire concept of the doctrine.