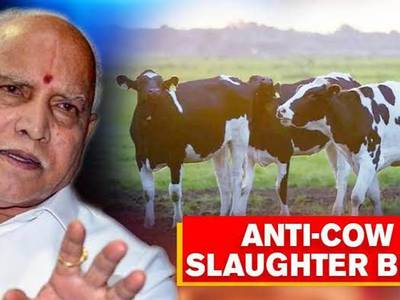 Prevention of Slaughter and Preservation of Cattle Bill ,2020: An Analysis

The cattle slaughter laws in India have been a subject of extensive debate. This is probably because of the religious sentiments of different communities attached to these cattle. Nonetheless, the Apex Court has time and again reiterated that the sacrifice of cattle on certain festivals is not an essential part of the religion so as to bring it under the ambit of Fundamental Right to Religion under Article 25 of the Constitution of India. Further, any law imposing a ban on cattle slaughter seeks immunity from the provisions of the Constitution itself. The question remains as to how far this protection can be granted to these laws. In this light, this article analyses the recent Prevention of Slaughter and Preservation of Cattle Bill introduced by the Karnataka government.