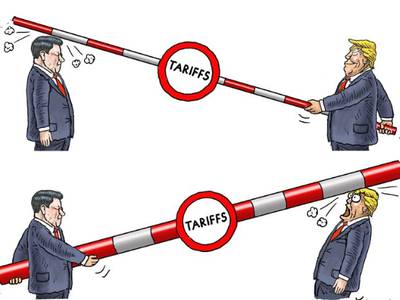 Trade War and Trade Justice in the Current Geopolitical Arena

'Economic history has clearly shown that trade wars not only hurt global growth, but they are also unwinnable’ – Christine Lagarde.

Adding to the quote, trade wars limited to two nations affect not only the nations concerned but also the global economy. Even more so, when a powerful state agrees to a partnership with a less developing nation, much contrary to what it appears, the less developing nations are sometimes left in much worse economic condition. This article will study the decapitating effects of trade war on the economy with the help of recent US-China example and how the concept of trade justice emerged.